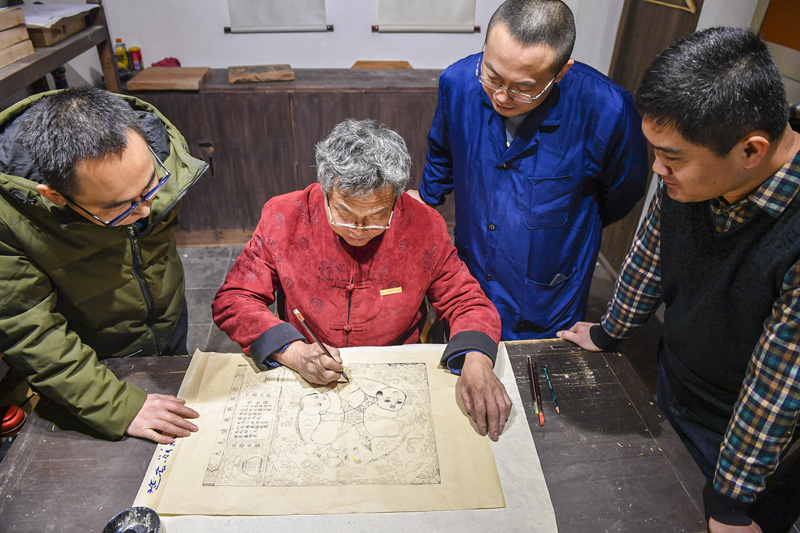 Ma Xiqin is the representative successor of the first batch of national intangible cultural heritage project Wu Qiang Woodcut New Year Pictures. He has been learning to make Wu Qiang woodblock prints since he was 16 years old, and it has been 45 years.

Over the years, he has continuously adjusted and improved the printing process, which has significantly improved the viewing effect of Wu Qiang's woodblock prints. In order to inherit the skills of Wu Qiang's woodblock prints, Ma Xiqin also held training courses to train more than 100 printmakers and print crews. "As the first batch of intangible cultural heritage heirs in the country, I have the responsibility to pass on Wu Qiang's woodcut new year painting skills," said Ma Xiqin. Photo by Xinhua News Agency reporter Li Xiaoguo